Skip to content
Physical Therapy
baysportAdminApril 20, 2010May 6, 2010
Fibromyalgia is a relatively new term in the medical community, meaning pain of the muscle and fibrous tissue. Fibromyalgia affects nearly 2-4% of the population, the incidence of women to men being 9:1. Fibromyalgia is a highly debated topic of interest in the medical community because it has been considered a blanket diagnoses for patients who do not exhibit any abnormalities on exams or tests, but continue to complain of pain.

The most common symptoms of Fibromyalgia are widespread pain, painful response to pressure, joint stiffness, fatigue, and difficulty sleeping. More symptoms are highlighted below. Interestingly, Fibromyalgia is often (but not always) experienced by those suffering from anxiety, depression and PTSD. Because there is no definitive cause as to why people are affected by Fibromyalgia, it is often referred to as a Musculosketal or Neurophysciatric condition.

There are several hypotheses as to what causes Fibromyalgia. Many people believe there is a genetic predisposition in families, an abnormality related to the dopamine and serotonin systems in the body. Stress has often been blamed as a large factor in development of fibromyalgia. Stress can cause metabolic abnormalities in the hippocampus, which can lead to erratic levels of Cortisol in the body, accompanied with pain. Lack of Growth Hormone and lack of Seratonin have also been cited as possible causes of Fibromyalgia, but more research is needed to confirm any hypothesis.

Fibromyalgia is so hard to diagnose because while tests often come back negative, the symptoms mimic those of many other conditions such as arthritis or osteoporosis. To determine whether a patient truly suffers from Fibromyalgia, doctors often go through a process called “differential diagnoses.” This uses the patient’s symptoms, age, geographic location, medical history and so on, to rule out other potential diagnoses. Typical symptoms a patient may present with include pain lasting greater than three months in duration, pain in both upper and lower extremities, and pain in 11 or greater of the 18 trigger points of the body.

Treatments may vary from patient to patient as a result of the wide variety of patient presentation. Since there is no confirmed cause, the treatments are aimed at alleviating the symptoms. Antidepressants can sometimes help sleep disturbance, but often does not reduce the physical pain. Pharmaceuticals are used less than most people would think, because often the side effects of the medications outweigh the physical symptoms that the patients are currently experiencing. All treatments are highly monitored by the doctor with constant contact with the patients. Cognitive behavior therapy and exercise are often used in conjunction to help alleviate symptoms. Therapeutic exercise is the most commonly prescribed treatment for the symptoms of Fibromyalgia. It may reduce pain and improve sleep by circulating blood and hormones and by warming the muscle tissue. Physical therapy, massage, and acupuncture have been helpful for many patients, though there is no scientific evidence.

Fibromyalgia is often called a “self-perpetuating” condition because patients will often worsen their own condition by getting further stressed and depressed about their symptoms. The best advice for those exhibiting symptoms similar to Fibromyalgia is to seek your Doctor or Physical Therapist’s advice, do not try to diagnose and treat on your own. Current research is always evolving; be sure to keep a good line of communication with your doctor. 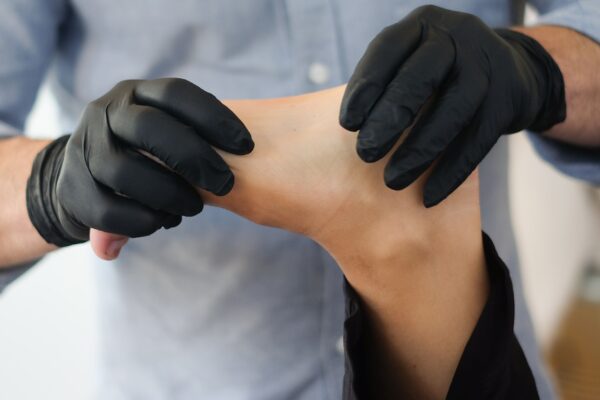